Jamaica Tourist Board – Jamaica health beats to the world 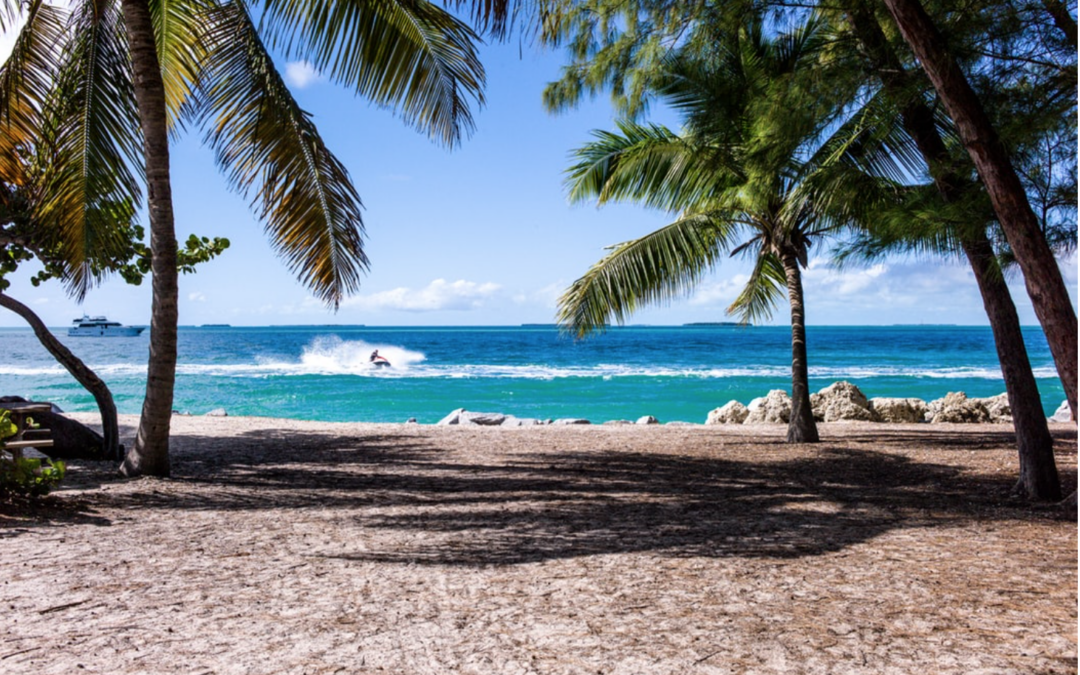 A total Happiness, fall in love with Jamaica

When to go to Jamaica?

The best time to visit Jamaica is between winter and early spring, from December to April. This season concentrates most of the tourist flow in the island. 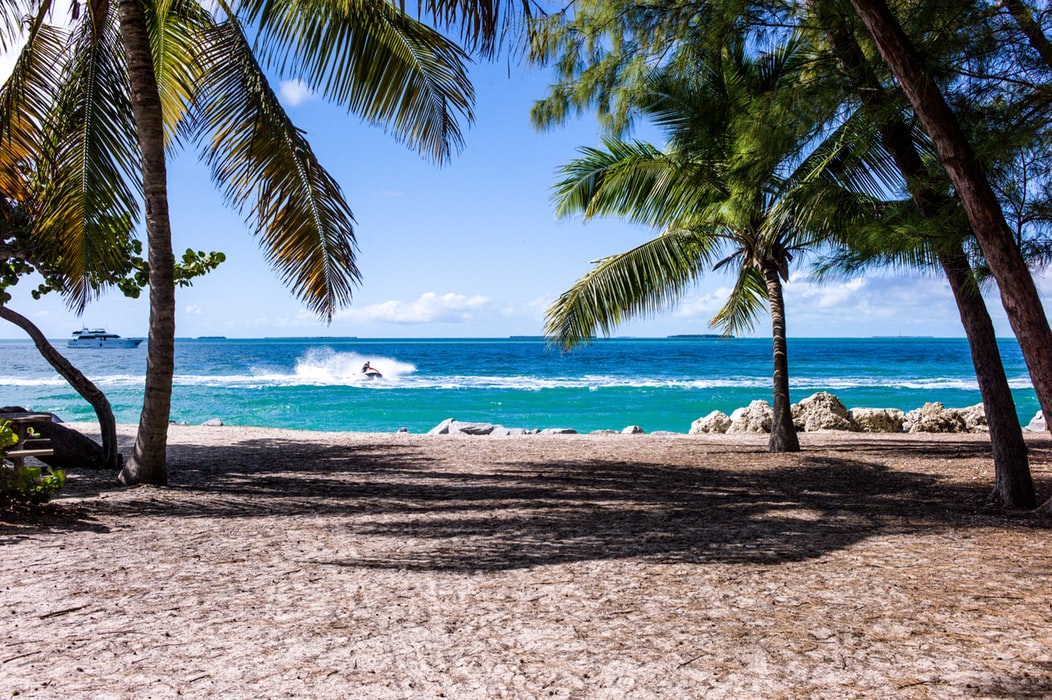 The climate in Jamaica

Jamaica has a tropical maritime climate, with temperatures with little variation, mostly between 27 and 30 ° C on the coasts and around 20 ° C in the mountains.   A rainy period sets in between May and December, with relatively moderate and rather sporadic rainfall.   Between June and November, cyclones can occur.   You can go to Jamaica anytime, but the tourist season is in full swing from December to April, resulting in higher prices and a more crowded beach crowd.   The period from May to October will allow you to be more calm and save money but the heat and humidity will be a little more inconvenient. 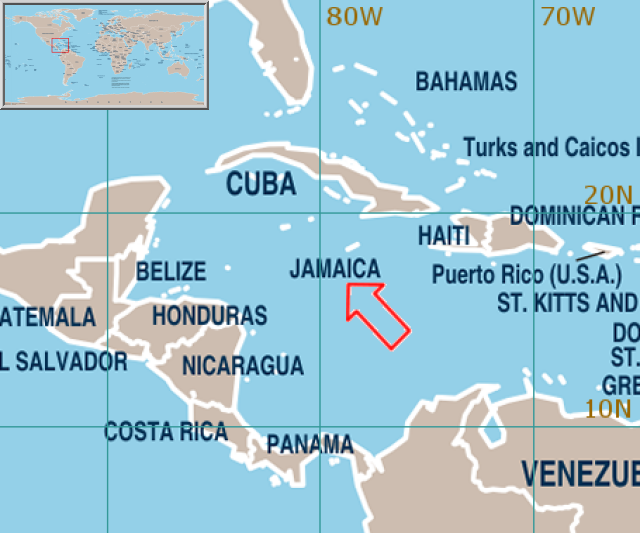 Where is Jamaica on the World Map?

Jamaica, in English: Jamaica, is an island in the Caribbean Sea. It is an independent country, part of the Antilles, located south of Cuba and west of the island of Hispaniola, territory of Haiti and the Dominican Republic.

What is the capital of Jamaica?

The island of Jamaica is made up of mountains inland, surrounded by a narrow coastal plain. For this reason, all the main cities are located on the coast. The main cities are Kingston, the capital, and Montego Bay. The Jamaican mountain ranges are called the Blue Mountains; they are among the highest peaks in the Antilles.

What is the population of Jamaica?

Do you want to discover Jamaica? Learn about key figures from Jamaica: – Legal status: State – Capital of the country: Kingston – Gentile: Jamaican, Jamaican – Currency: Jamaican dollar – Languages spoken Jamaican: English – Neighboring countries: Cuba Cayman Islands – Population: 2,666,000 inhabitants – GDP: (US $ 8,030 million) – Area: 10,830 km 2 (2004) – Density: 246.2 inhabitants / km2 (2005) – The Out of many, one people flag Consult the map of Jamaica to discover the main Jamaican regions. If you wish to visit the country, take note of the best months to leave.

Airport: Norman Manley International Airport (KIN), 20 km from Kingston, also 2 hours from Port Antonio and the south coast. Sangster International Airport (MBJ), 3 km from the center of Montego Bay, also 1.5 hours from Ocho Rios and Negril. Area: 10,991 sq. M. km. Business: The business culture in Jamaica is based on respect and polite formalities. A coat, jacket and tie are required for meetings. Punctuality is sought, preferable meetings and business cards are expected during meetings. Capital: Kingston. Climate: Tropical and hot climate. On the coasts, temperatures vary between 22 ° C and 31 ° C with mornings and cool evenings denote winter. The high season runs from mid December to mid April when crowds throng the beaches. The wettest months are May and October, but showers can occur at any time. Between June and November, it’s hurricane season. Clothing: Light cotton and casual linen clothing are recommended. Light woolens are also suggested for evenings when mosquitoes make wearing long sleeves more pleasant than small beach clothes. Sunglasses and hats come in handy throughout the year. Even if nudity or monokini is allowed on a few beaches, it is not practiced by the local population at all. Currency: Jamaican Dollar (JMD; symbol J $). Customs: Duty-free products can be brought to the island up to 200 cigarettes (or 225 grams of tobacco or 50 cigars). Economy: The two most important sectors at the economic level are tourism and mining. Agriculture and industry also contribute to the economy. Electricity: No standard. 110 volts (others 220), 50 cycles, 60 Hz. American type plugs (2 plugs) or English type (3 plugs). Entry and exit requirements: Please consult the official website of the Jamaica Tourist Board. Health: Basic medical care varies widely across the country’s 16 public and 6 private hospitals. Far from the main cities, medical centers are often destitute of resources because they are very little subsidized. Health insurance is strongly recommended as medical treatments can be expensive. Major hotels often have a doctor or dentist on request 24 hours a day. Holidays: New Years Day (January 01), Ash Wednesday (February), Good Friday and Easter Monday (March-April), Labor Day (May), Emancipation Day (August), Day of Independence (August), Hero’s Day (October), Christmas (December 25-26). Languages: English. Creole is also spoken, a mixture of English and African dialects. Political status: Independent nation and member of the Commonwealth. Population: 2.8 million (2007 est.). Religion: religion is omnipresent in Jamaica. The Christian religion predominates with large groups of Baptists, Anglicans and Roman Catholics. Other religions, such as Islam and Judaism are also represented on a smaller scale. Across the island, there are communities of Rastafaris (originally from Ethiopia). Security: Travelers should be advised that the level of crime and violence is high in Jamaica, particularly in the Kingston area. On the other hand, some roads are avoided. Purchases: Duty-free stores offer crystal, leather products, perfumes and gold jewelry. The best Jamaican products are carved wood and batik fabrics. The best prices for Blue Mountain coffee and High Mountain rum can be found in supermarkets. Service charges and taxes: Tips are generally between 10 and 15%. Departure taxes for Montego Bay and Kingston airports (non-domestic flight) are US $ 25. The tax is payable in cash only. Telecommunication: The international code for calling is +1 876 followed by seven digits. Time: GMT -5 time all year round. No change to summer / winter time. Transport: Driving is done on the left in Jamaica. International driving licenses are often requested at car rental agencies. 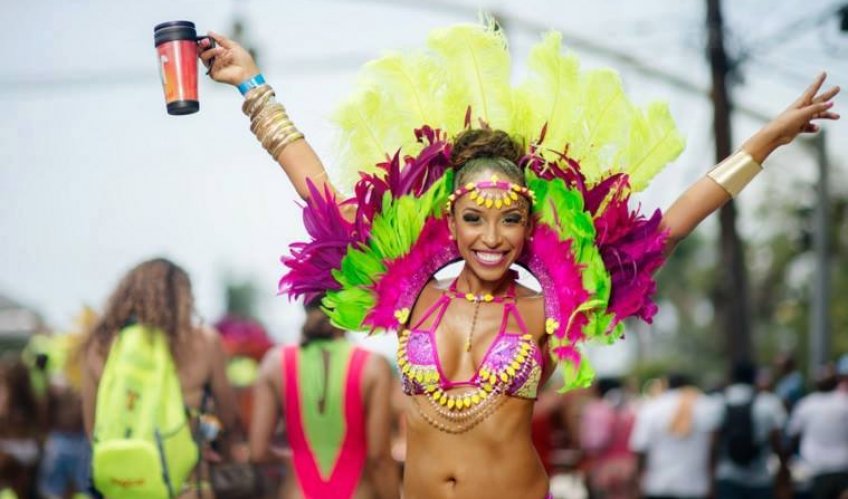 How to visit Jamaica?

To see in Jamaica – Ocho Rios: the favorite destination of tourists is characterized by the beauty of its waterfalls, rivers and beaches. – Kingston: the capital of Jamaica witnessed the birth of reggae in the 1960s before becoming the scene of violent political clashes. Today, Kingston is the economic and state heart of Jamaica. A city of very dynamic contrasts where you have to avoid going out alone. Organized excursions can be a solution to discover the craft market and the national gallery. – Montego Bay: very touristic city of Jamaica, Montego Bay is known for its fine sandy beach and has many shops, restaurants, clubs… – Nine Miles: Bob Marley’s hometown, a legendary place for all singer fans, is hiding in the middle of a lush tropical tree forest in central Jamaica. – Spanish Town: capital of Jamaica for more than 300 years, Spanish Town is especially worth a look for its old municipal square, of Spanish design. And also: Port Royal, the beaches of the north coast, the Blue Mountains, Cockpit Country, the waterfalls of Dunns River, Negril beaches, Port Antonio, the Rio Grande, Black River… To do in Jamaica: Seaside activities, diving, visits to legendary places of reggae, hiking, fishing, rafting on the Rio Grande, golf…

A visa is not required for a stay of less than a month in Jamaica, but a passport valid 6 months after your arrival in Jamaica is required. Driving is on the left in Jamaica. Apart from a few major routes like the one serving the north coast and the highway serving west of Kingston, the road network is winding, narrow and subject to the vagaries of the weather in Jamaica. It is not recommended to drive at night in Jamaica because the roads are poorly marked and the obstacles are numerous.

What is the capital of Jamaica?

The island of Jamaica is made up of mountains inland, surrounded by a narrow coastal plain. For this reason, all the main cities are located on the coast. The main cities are Kingston, the capital, and Montego Bay. The Jamaican mountain ranges are called the Blue Mountains; they are among the highest peaks in the Antilles.