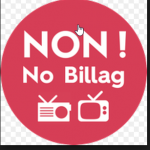 This year’s first votation will take place on Sunday

Switzerland is considered to be one of the most democratic countries in the world and the population votes as often as four times a year on matters of all sorts. This year’s first votation will take place on Sunday, March 4 with two federal items (in addition to the federal items, some cantons, such as canton Vaud, also have cantonal items to submit to the cantonal population for a vote on the same day).

END_OF_DOCUMENT_TOKEN_TO_BE_REPLACED

1 handful brown sugar 1 handful mustard Honey to taste 1 cup of cider vinegar Mixed all together then put on stove to simmer down.

Remove ham from stove cool then rince under cold water .Take off the skin from the ham make diamond shape put in oven to get brown colour. Remove from oven spoon the glaze over repeat more than once add cherries and pineapple on top for decoration.